Blooming In The Beauty Of Holiness 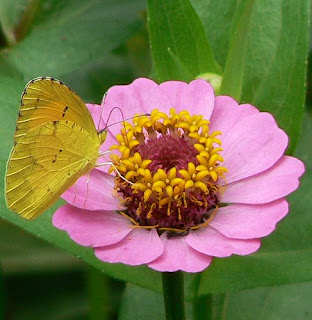 When we take the journey toward embracing changes in our lives, we begin a time of self discovery. Finding out who we really are, and releasing the power and strength deep within that was never able to be released. Why because of fear, doubt, insecurity, and low self esteem. It was never given a chance to bloom in life, it was kept within the darkness of the soul wanting to sprout but afraid to embrace the light on the other side. Because darkness was all it had known, It was not placed in healthy soil and therefore was not able to root, and begin the journey of growth.

Master Gardener himself, saw the possibility in that seed and placed it in healthy and fertile soil, tending to his precious seedling making sure it recieved enough food, water, and sunlight. Making sure the enemies of the garden would not destroy it. Finally there was a light of hope that had begun to fill the blackness of the soul and the soul found the strength and the power to push it's way through the soil. It fully embraced the light without fear, knowing it was still going to be taken care of and tended by the Master Gardener. Through each stage of growth that special flower in the Garden bloomed in the beauty of his Holiness.

Copyright © 2006-2008 By: Lorie A. Yocum
Encouragement From The Heart Devotions For Women.

I love our Master Gardener! He is such a beautiful light in my life and I'm grateful once again this afternoon!
Thank you!
Much love from Michigan,
Angie xoxo

Lorie makes me think of the words of a song I love hearing.
" I feel You're here with me, as we face the unknown.
Could YOU return us to your Garden.
Where no one's hurt and no one's scared"
I just love that part!
Love your post as we learn, laugh, grow and cultivate all the gifts to bring us into the secret place of the most high. Love and blessings, rilda *U*